On the occasion of the Women's race that will be held on Sunday, November 21, we detail information of interest about the route:

The assembly of the exit facilities in av. Reina Maria Cristina will start at 10:00 am on the 20th. As of 2:00 pm on Saturday, the road is occupied, leaving one lane for each direction of traffic open to traffic.

From 05:00 hours on Sunday, November 21, the circulation of av. Reina María Cristina in both directions.

Disassembly begins at 12:00 hours and the forecast is to finish at approximately 3:00 p.m. on Sunday 21.

The assembly of the arrival facilities of av. Ríos and Taulet, between Guardia Urbana and av. Reina Maria Cristina, will start at 3:00 p.m. on the 20th.

Av traffic will be cut. Ríos and Taulet (between Guardia Urbana and Avenida Reina Maria Cristina) from 3:00 pm on Saturday 20 November.

The dismantling will begin at 1:00 p.m. and will end at approximately 3:00 p.m. on Sunday 21, so the av. María Cristina and av. Ríos and Taulet are open to traffic at that time.

During the celebration of the Women's Race, the circulation of vehicles is prohibited on all roads of the route.

Traffic detours during the race

On the pl. Spain will build a double lane to allow pedestrians to pass on the sea side - Besòs, without invading the road or the race.

The upward circulation of av. Parallel deviates to pl. Shipyards, and the residual in Portal de Santa Madrona and Nou de la Rambla.

The descending circulation of av. Parallel deviates to pl. Spain.

In addition, the appropriate detours are made preventing the turns of the transversal streets in the direction of pl. Spain.

Pl. España (calzada mar), between av. Reina Maria Cristina and av. Parallel There is a double closure: - Leaving 4 lanes on the sea side of the square for the runners. - A pedestrian crossing between the race and the traffic of vehicles. (Distribution, placement and removal of fences made by the Organization).

Tamarit, from av. Parallel to Lleida. 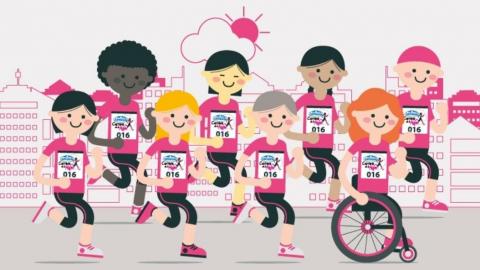 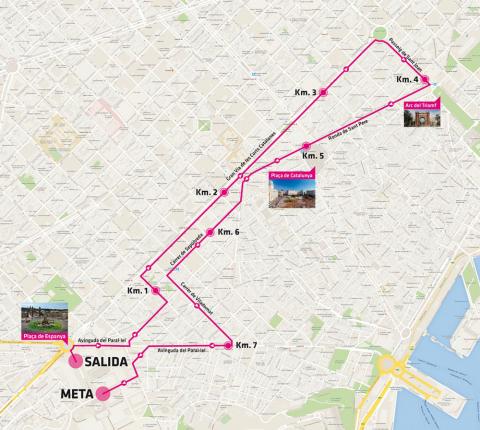